“In this book, Afrasiabi fully describes a failed system, its effect on real people, and how it can be fixed. He is not asking for all immigrants to be allowed to stay. He is only calling for the immigration system to provide justice, and his call is extremely effective. I highly recommend this book to every American. It is essential that we know what is occurring in courts across our country.”

“A highly organized, informative discussion of the immigration system in the United States.”

“In this politically charged environment, Afrasiabi manages to broach the volatile issue of immigration in a well-rounded, surprisingly effective framework that combines case studies, historical research, statistical analysis and personal anecdotes to detail the current issues and propose solutions. Invocation of Kafka, ‘The Twilight Zone’ and ‘Alice in Wonderland’ prove warranted as illustrations of the often surreal circumstances that confront immigrants facing deportation… Afrasiabi incorporates his work with colleagues and students at the Chapman University School of Law to deftly weave together the facts of several compelling cases and their underlying legal issues, with a genuine sense of suspense as readers wonder if justice will truly be served… His arguments culminate in seven concrete reforms proposed in the conclusion. In order to make the immigration system more just and effective, Afrasiabi claims the solutions are closer than we may think; we can implement safeguards and procedures already in place within the constitutional courts.”

“A persuasive, valuable addition to the ongoing immigration reform debate.”

“A powerful critique of our failed immigration system. In beautiful prose and with moving stories, Peter Afrasiabi tells of the unfairness and inhumanity of immigration proceedings. His proposals for change provide a blueprint for essential reforms.”

Erwin Chemerinsky, nationally recognized as one of the “Top 20 legal thinkers in America,” famed United States Supreme Court Advocate, and Founding Dean and Distinguished Professor of Law of the University of California, Irvine School of Law.

“In a language that the common reader can understand, the author takes great strides to make the general public understand that there are holes in a system meant to protect and that something must be done to make it right. He uses Life, Liberty and Property as a solid platform to show us that our court system is somehow turned backward.” 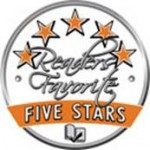 “I enjoyed this book very much as Peter Afrasiabi obviously writes from his heart, using his vast experience and own ethics as the guideline. He exposes the weakness of a system meant to protect. I applaud him for having the backbone to do so…”

“Immigration is certainly one of the hottest topics out there, and a truly divisive one most of the time. It seems that everybody has an opinion on it, but very few of us could truthfully say that we really understand it completely, or even that we are familiar with all of the necessary facets of it. “Show Trials” by Peter Afrasiabi definitely brings a lot of clarity to the legal side of this issue, as well as many needed insights into the human and emotional side of it.”

You can buy Show Trials in hard or electronic Kindle-Nook format through Amazon.